Batchler Manufacturing began in the early 20′s as a small machine shop doing fabrication and repair of farm equipment. By 1933, W. H. Batchler had invented many items including the All-In-One Castrator, Docker and Ear Marker Tool. 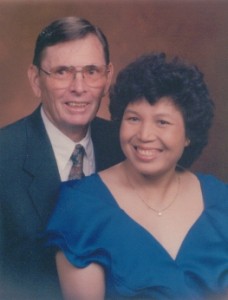 The tool has been passed down from one generation to another with James M. Batchler, III purchasing it in 2003. W.H. Batchler’s love for inventing created the family business. He invented the gooseneck trailer but was told it would never sell. He also created the bump gate that can still be found on the King Ranch.

James M. Batchler, II, better known as J.M. and his wife, Bui Batchler owned and operated Batchler Manufacturing as the 3rd generation kept the business going. The business was located in Throckmorton, Texas during that time.

There were 2 types of All-In-One Tools up until September 1994 when James M. Batchler, II made the decision to stop producing both instruments. The #1 tool was made as a full castrator, docker and ear marker with a V-notch to ear mark. J.M. Batchler was the last generation who actually knew how to make this part of the tool. The #1 became too costly to make and was discontinued.

Order Parts for your All-In-One

Click Here (or the image below) to order a new All-In-One or to get replacement parts for a Batchler Manufacturing #2 Tool. 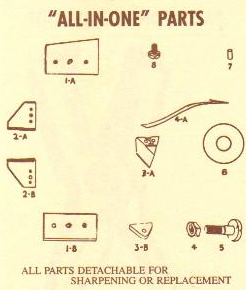 Did you know that the Batchler #2 Tool is still hand made, and now in its 4th Generation of Batchler quality? For over 80 years the All-In-One Tool has been crafted to withstand the wear and tear of your operation, and to continue castrating, docking, and ear marking for up to 40 years. Learn more >>